How All Started - The Beginning of Beer 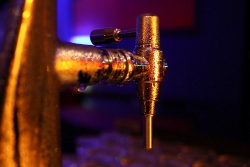 While beer may not have existed back when dinosaurs roamed the planet, it's sure been around longer than even your great-grandparents. Our ancestors were chilling with a cool one all the way back to the time of ancient Egypt and Mesopotamia.

Clear evidence of the popularity of beer throughout the ages includes ancient pottery jars unearthed in Iran, that were determined to date back 7,000 years and positively identified though chemical testing to have contained beer.

And then there's the 6,000-year-old Sumerian tablet that was discovered in Mesopotamia, which depicts a group of people drinking what is believed to be beer, from a communal bowl.

Also in existence is a 3,900-year-old Sumerian poem that was written in honor of Ninkasi, which is the patron goddess of brewing. It contains the oldest surviving beer recipe and refers to the beer being made from barley. Even European monasteries got into the act by producing and selling beer by the 7th century AD.

Beer has definitely gotten around throughout the ages, and it absolutely still reigns supreme in today's alcohol market.

Beer is a power global business made up of many multinational companies, brew pubs and regional brewers that all come together to sell literally billions of gallons of this brilliant beverage each and every year. That's a lot of beer for many happy beer drinkers to enjoy.